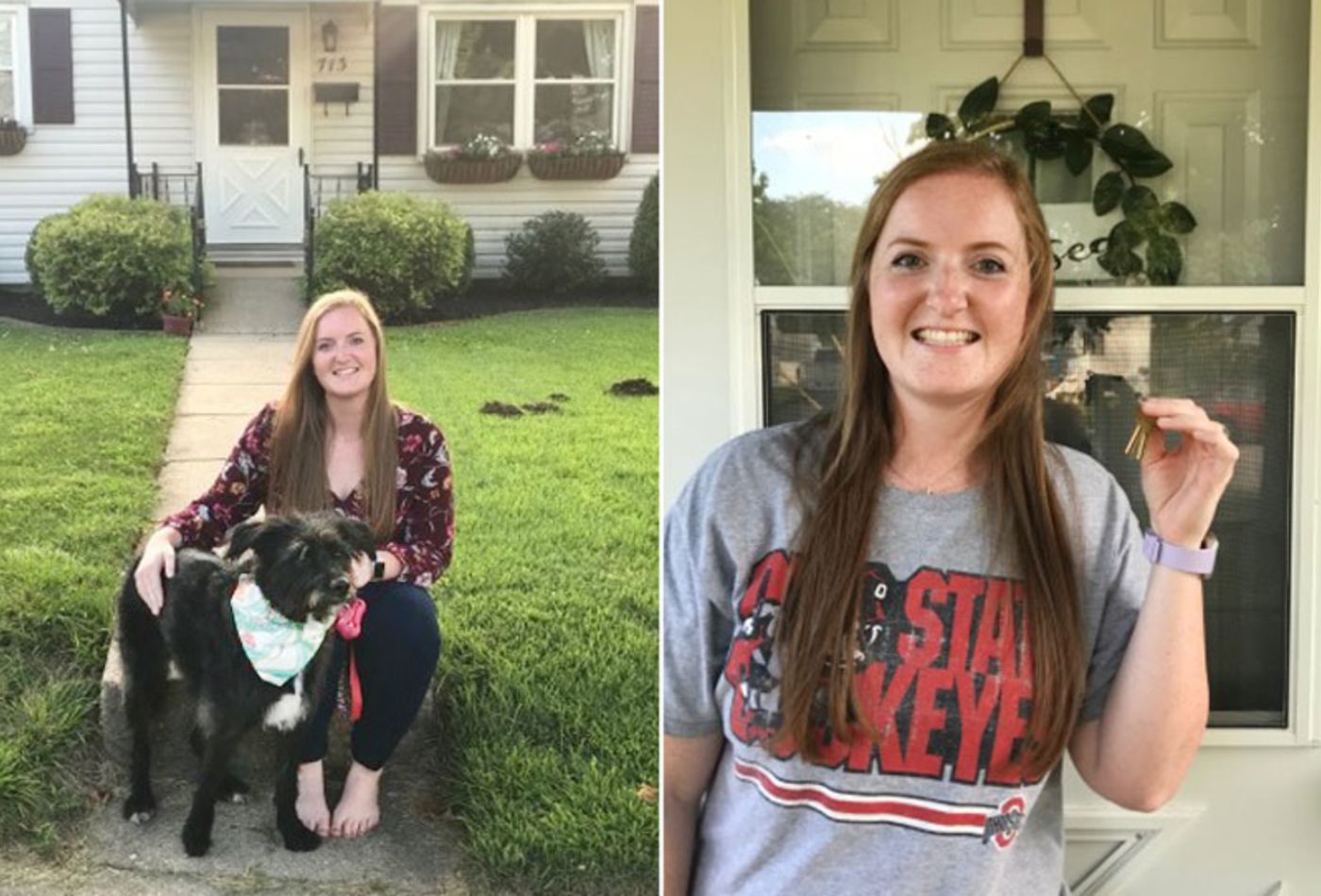 Paying with paper instead of plastic helped Kristy Epperson eliminate $20,000 in student loan and car loan debt in just one year.

After earning her bachelor’s degree in nursing from Wright State University in 2017, Epperson owed about $16,000 in student loans from multiple borrowers with interest rates of between 3.6%-6.8%. She also had roughly $4,000 left on her car loan, at an interest rate of 4.2%.

Even as Epperson began slowly chipping away at that debt, she managed to achieve another financial goal: homeownership. She was able to buy a place in Dayton, Ohio, with only 5% as a down payment. Becoming a homeowner forced her to take a hard look at her expenses and reevaluate her spending habits—which made her more determined to wipe out her student loan and auto debts.

“If something happened, if I lost my job, I’d have no way to pay my bills,” Epperson tells Grow. “I needed a better long-term plan.”

In addition to getting a second job as a substitute teacher, which brought in an extra $100 to $300 a month, Epperson created an expense spreadsheet and began tracking her purchases to help her pay down debt faster. She used her Instagram page, @DebtFreeAtTwentyThree, to share her setbacks, strategies, and accomplishments.

“I found a lot of people connected with what I was going through and they were inspired. They didn’t know being debt-free was an option,” Epperson says.

Her efforts paid off: Epperson, who is now 23, eliminated her auto loan debt in September. Then, just a few weeks ago over Memorial Day weekend, she paid off the remainder of her student loans.

“I would look at my credit card bill and not even remember some of the charges,” she says. “I was eating out a lot, buying new clothes at Target, shopping on Amazon.”

So she ditched the credit cards. “I felt using cash would hold me accountable,” she explains.

Every month, Epperson started withdrawing money from her checking account to cover spending categories like dining out, groceries, and gas. Once she ran out of the money she had allocated to a specific expense, she stopped spending on that category.

If Epperson overspent in a category, she would borrow from another. That meant making spending sacrifices: “One month my friends were all going to a Kenny Chesney concert and I didn’t have the money left that month, so I couldn’t go,” she says.

When paying in cash wasn’t an option—like when she had to make purchases online—Epperson says she used a credit card and paid off the balance immediately with the money in her checking account to avoid racking up more debt.

Once Epperson’s friends realized she was turning down plans, they tried to be accommodating to help her save: Epperson and her friends started taking advantage of Dayton’s great hiking trails, hosting game nights, and all chipping in to buy groceries and cook dinner together.

The debt-free celebration: Spruce up her home

While in debt-elimination mode, Epperson promised herself she’d spruce up her lawn once she finally zeroed out her student loan debt. “Looking out the window and imagining the yard I wanted motivated me to stick to the budget,” she says. Hiring a landscaper was one of the first moves she made after paying off her student loans earlier this summer.

Kristy Epperson’s lawn, before and after she hired a landscaper as part of her celebration of paying off student loan debt.

The opportunity: An emergency fund

Now that Epperson is free of her student and auto loan debt, her midterm goal is to save up enough to buy a new car using cash, and to replace her hand-me-down TV. But first, she says, her priority is to build up a six-month emergency fund. So far, she has nearly a third of what she needs saved up.

Epperson says she plans to keep up with her cash budgeting strategy. In fact, she hasn’t used her credit cards in months.

Do you have an inspiring story about how you paid down debt? Email us at contact@big6alliance.com.